The Heredamiento de las Haciendas of Argual and Tazacorte is a group of private water owners in the Canary Islands, whose heritage goes back to 1502. Following over 500 years of inheritance, the water and landscape are now managed by 1,540 shareholders who work on a non-profit basis. The water, mountains, land and irrigation channels of the Caldera de Taburiente belong to this community. The collection and distribution of the water and the conservation of the ecosystem have been the two pillars on which the activity of this group has been based since its establishment. This has generated a true culture around water, highlighting that it is a precious and scarce resource.

The jury commended the Heredamiento de las Haciendas of Argual and Tazacorte for its “historical management of water for more than five centuries and for the present preservation and use of water for agriculture through a private organisation”.

The water and land of the Caldera de Taburiente, as well as the sugar mills of Argual and Tazacorte combine to form a remarkable landscape on the island. La Palma was an important sugar producing centre since the 16th century and this crop was exported to the European market. The sugar mills of Argual and Tazacorte processed the sugarcane that was grown in fields irrigated with water from the Caldera. This in turn required enormous quantities of water and firewood.

Although logging and cattle farming would have presented certain economic benefits, the owners recognised that maintaining the woodland was essential for the conservation of the water sources and springs and that removing it would have been harmful to the entire ecosystem. This remarkably early ecological awareness, present for more than 500 years, is the reason that the Caldera de Taburiente has survived to this day with its natural resources intact and has led to its declaration as a National Park. This status helps to preserve what is a unique topography, home to a rich variety of flora and fauna as well as 2,500 of the most productive and environmentally responsible banana plantations of the European Union. 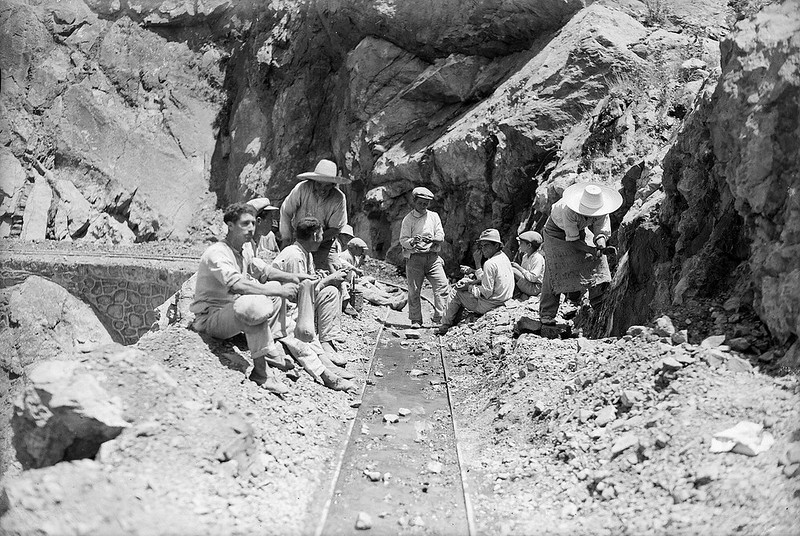 The hydraulic system has sustainable interests at its foundation. The ancient irrigation ditches  were replaced at the end of the 20th century with a new irrigation network which measures more than 100 kilometres long and which helps to curb water waste. The canals and irrigation networks transport the water with the help of gravity, taking advantage of the natural slopes and without the need for further energy usage. In addition, since 1933, two hydroelectric stations have used hydropower to supply electricity to the Valley of Aridane at affordable prices, a true milestone in the production of renewable energy in the Canary Islands.