Professor Walker, OBE LL.D FSA Hon FRIAS, was born in Dundee in Scotland and trained as an art teacher, developing from an early age a deep interest in architectural history. As Chief Inspector of Historic Monuments for Historic Scotland, he has been responsible for the development and encouragement of many young architectural historians who have since achieved prominence in other official and voluntary bodies. Furthermore, his extensive writing has influenced public attitudes towards conservation, particularly of urban architecture of the 19th and 20th centuries. 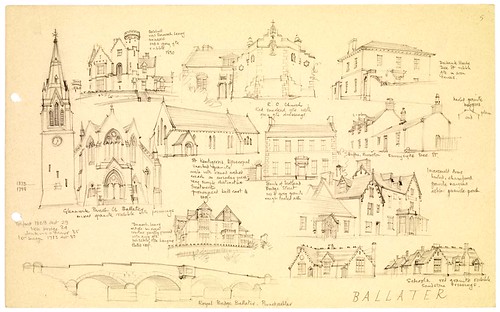 In 1993 he was made an Associate Professor of Art History at the University of St Andrews where he initiated the On-line Dictionary of Scottish Architects, listing 7,730 individuals with 37,015 individual sites, which has since recorded over two million hits from all over the developed world. As an expert Advisor to the Heritage Lottery Fund, Professor Walker’s knowledge and judgment have been regarded as “in a class of their own” by those responsible for the significant public investment in national heritage.

“An Award has been given to Professor David Walker by the Jury for his lifelong contribution to the protection of architectural heritage in Scotland. There is no doubt Professor Walker has had a significant influence on heritage preservation that extends far beyond his country of birth.”