The Propylaea is the monumental gateway to the Acropolis, built 437-432 BC. It consists of a central building with two lateral wings and Doric facades facing east and west. The superstructure of the central building was extensively but inadequately restored in 1909/17, using iron. The aim of this project was to rectify the problems caused by the fragmentation of marble due to the oxidation of this iron. In a rescue campaign between1990-1993, 64 ceiling blocks of the earlier restoration were disassembled and conserved. Then, under a special programme approved by the Hellenic Ministry of Culture and implemented in the period 2001-2010, a further 192 blocks were disassembled and reassembled using titanium reinforcements. With the addition of the earlier 64 ceiling blocks and 74 further blocks restored for the first time, a total 330 blocks, their weight varying from 0.5 to 11 tons, were re-erected. The ancient material was thus successfully rescued and the architectural values again fully displayed.

“This project involved one of the key structures of European culture and the development of western architecture. It began as a purely rescue project, aiming at saving the monument from immediate danger of collapse. But the Jury recognized that in its second stage it succeeded, through the identification and reinstallation on the building of the scattered architectural material and the high quality of the craftsmanship employed, in enhancing the inherent formal and social values of an iconic monument.” 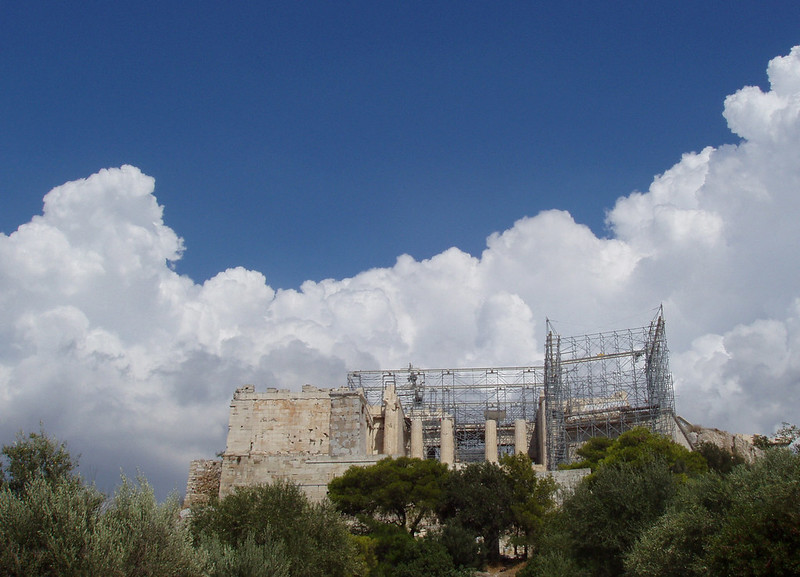