The Vizcaya Bridge was designed in 1887 by Alberto de Palacio. When a new team of business administrators and technicians took over the running of the bridge in 1996, they agreed on two key objectives: to offer a modernised and renovated transport system for the 21st century, and to promote this monument to the same degree as its novel neighbour, the Guggenheim Museum in Bilbao. 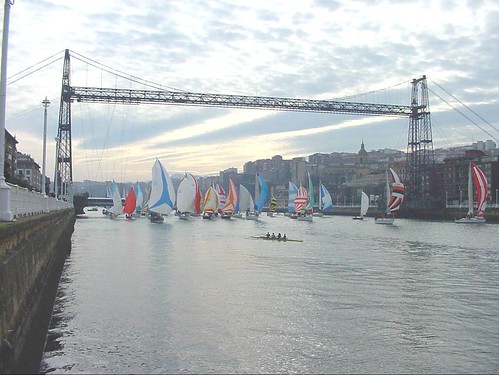 With his in mind, the Vizcaya Bridge was considered as an industrial monument where its history and difficulties have to be respected, and the intervention work carried out would have to recover the spirit of its original construction. The restoration of the structure resulted in an exquisitely refurbished Bridge and a monument from the Industrial era restored for future generations.

“For the excellent conservation of the architectural and industrial heritage of this transporter bridge, the first of its kind in the world.”