Home Winner Railway bridges in the Langstraat Region, from ‘s-Hertogenbosch to Lage Zwaluwe

Railway bridges in the Langstraat Region, from ‘s-Hertogenbosch to Lage Zwaluwe

“The Jury greatly appreciated the many aspects of this project as a combination of private and public initiatives in the fields of planning, infrastructure, nature conservation and heritage. The most eye catching part of the track is ‘the Moerputten’. Overall, not only have five historic bridges been conserved and put into excellent (but reversible) new uses – paths for both cyclists and pedestrians, offering an overview of the symbiosis of landscape, bridge and nature reserve – but also a strong and sustainable contribution has been made to the living environment of both people and nature.”

This project aimed at a new future for the historic railway bridges (built c.1890) between Geertruidenberg and s’-Hertogenbosch, in the south of the country. The bridges and the park area are part of the former railway track of the so-called ‘Halvezolenlijn’, which closed in 1972. They are now used as a local pedestrian route, a regional cycling route, and the whole area partly as a city park. The natural surroundings of the railway track, the nature reserves, and cultural historical landscapes of the so-called ‘slagen’ landscape and the Moerputten, are open for hikers, bird watchers and other visitors. An interesting and important link has been created between cultural historical values, the values of the natural world, of recreation, and local and regional slow traffic. 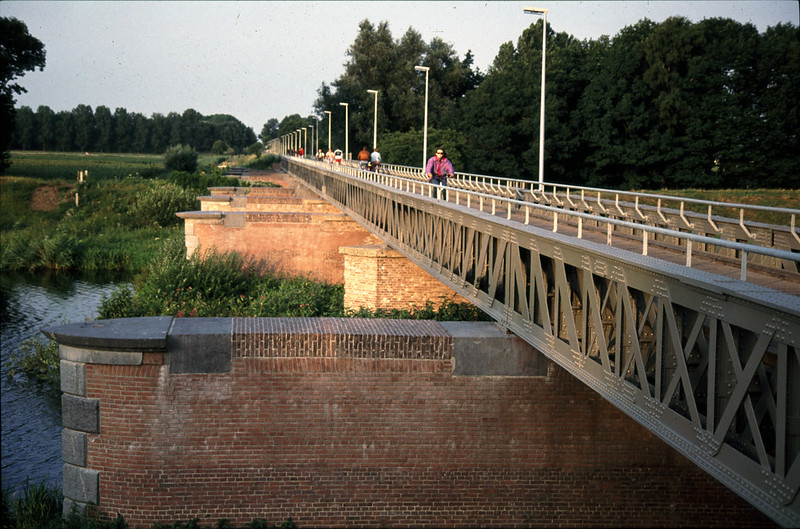