Home Winner Restoration of the Exceptional Machines of Wielemans-Ceuppens Brewery

Restoration of the Exceptional Machines of Wielemans-Ceuppens Brewery

Brasserie Wielemans-Ceuppens somehow symbolizes the Brussels area, the only place in the world where a craft beer called ‘Gueuze’ is brewed. The production floor tells the story of the evolution and history of the making of this beer. Built in 1905, this space was part of the second period of development of the brewery, at the time when ‘Gueuze’ was generally being replaced by ‘Pils’, produced with more rapid fermentation in response to German and Czech tastes. These machines are therefore exceptional : they have not survived elsewhere in Europe and one of them, the ‘Compresseur De La Vergne’, is unique in the world. The object of the study was to evaluate the unique character of the machinery and test the feasibility of restoring it for teaching purposes. The overall result has been an original socio-cultural project (a programme of training leading to professional qualification), anchored within the plan for the restoration of this historic European industrial site.

“European technical and industrial heritage stems from machinery and the production cycle, which are in turn the main elements shaping the factory and its architecture. The Jury found this study of the Brasserie Wielemans-Ceuppens, where the same machinery is conserved and plausibly used for brewing, particularly interesting. The first phase of the production cycle was the generation of energy which gave life to the machinery for the brewing process. The study goes beyond a mere inventory of the various elements of the cycle and their evolution: rather, it defines the values that should be maintained in a general restoration context, which in turn become a didactic medium for the continuing manufacture, in a post steam-engine age, of such a popular product as beer.” 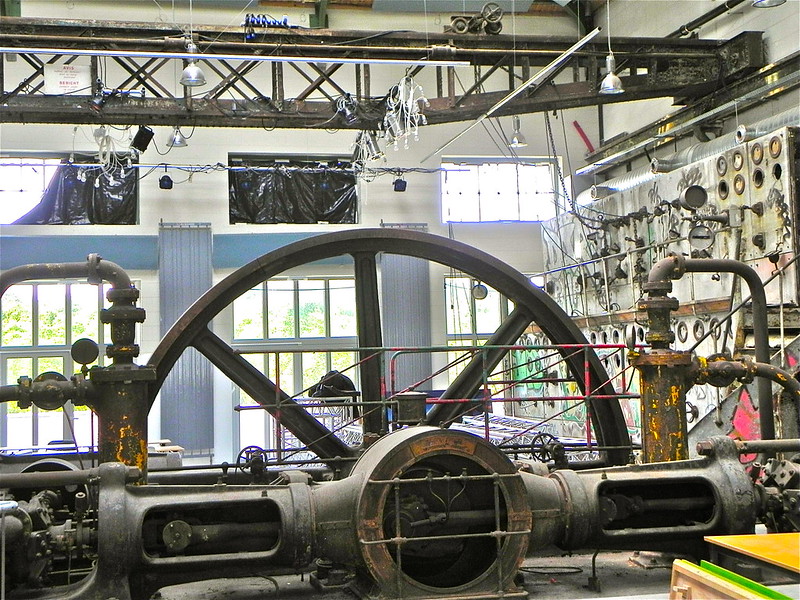