Lasithi Plateau is a large endorheic (inwardly-draining, not by river to the sea) plateau in eastern Crete. It has a long history, including the myth that it is the birthplace of Zeus, but its fame in the past century has been attributable to the huge forest of windmills, some 10,000 of them, erected (1910-1950) to assist with the irrigation of the shallow soil. Most of these mills have ceased to operate in recent decades, through inefficiency and lack of maintenance. 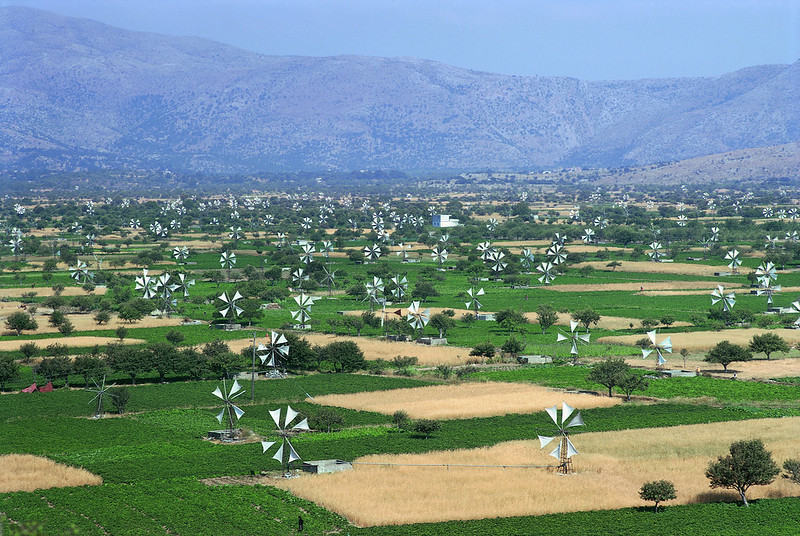 The Jury were full of admiration for this ingenious idea for improving the efficiency of a remarkable collection of windmills – and possibly also restoring many redundant mills to new life and productivity. The careful methodology of the improvements means that the holes in the sails are virtually invisible to the naked eye below. It is clear that the renewed use of these windmills, spinning round across the landscape, would not only improve local agriculture and aesthetic, but also provide an ecologically sound technique for mill restoration and re-use elsewhere in Europe.