Restoration study for the Nolla Palace

“The Jury appreciated the depth, care and interest devoted to the investigation made prior to the restoration of the Nolla Palace, a monument that while “modest” is full of significance and historical value, witness to activities linked to the production of Spanish ceramics in the 19th century. Through the analysis of the context, of the construction of the original 17th century building, of its rehabilitation as an object and a symbol, and of the ceramics which were produced, the study has not only established the sequence of a process of recuperation, but has also won the interest and the recognition of the citizens of Meliana.”

This research focuses on one of the most emblematic monuments of the 19th century in Valencia: the Nolla Palace. This palace, situated in Meliana, was the symbol and the exhibition centre of a ceramic factory of outmost importance in the history of Spanish industrialisation, and whose magnificent mosaics have decorated innumerable Art Nouveau buildings throughout Europe, such as those built by Antonio Gaudi. 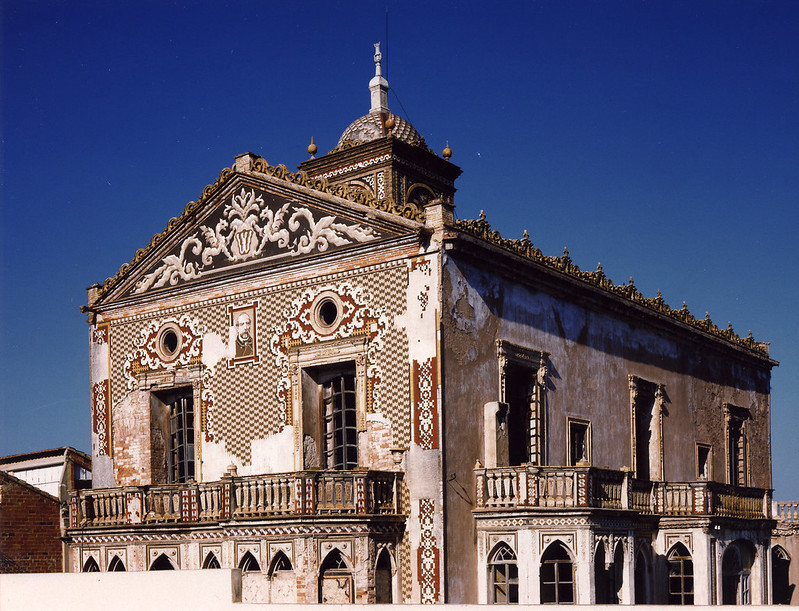 In order to perform this restoration, and given its historical and artistic importance, a international multi-disciplinary team of experts carried out a study for the exhaustive comprehension of the structure, and for the volumetric, decorative, historical and conservational state of the building, all necessary information for the establishment of intervention criteria.
This project has allowed the discovery of the building’s evolution, the documentation of all its constructive and decorative elements and the understanding of its pathologies.