For more than 70 years, Rita Bargna has cultivated a remarkable passion for the art of lace-making – an important element of Europe’s intangible heritage – as a creator, a collector, a teacher and a promoter of this craft. After learning the rudiments of the art of lace-making from her mother, Rita Bargna continued as a self-taught artisan and produced over 300 unique pieces of lace. Since 1975, she has travelled across Europe and created an extensive collection of high-quality lace and embroidery from a variety of European places of origin, including but not limited to Italy, Switzerland, France, Belgium, the United Kingdom, Russia, Spain, Portugal and Malta.

The Jury lauded her lifetime’s achievements, stating: “Throughout her career, Rita Bargna directed two schools in teaching this skill, thus promoting this important tradition. She has collected more than 3,000 pieces of lace from several European countries with limited resources, possibly the largest private collection of its kind in Europe, including 300 exceptional pieces of lace of her own creation.” 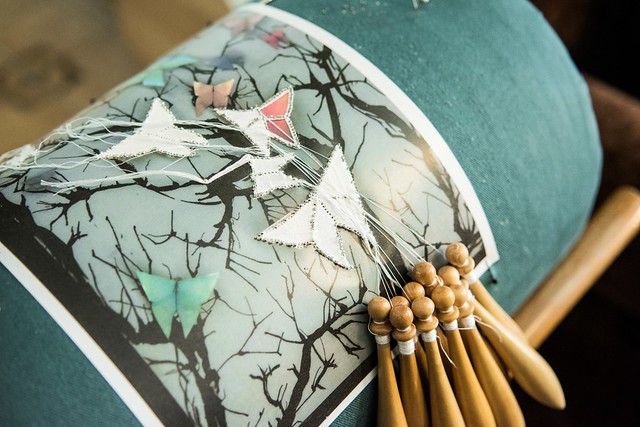 Her travels took place against a backdrop of diminishing lace-production in the region of Cantù in the 1970s due to low remuneration for the craft and increasing competition from industrially produced lace. Despite many economic sacrifices and personal losses, Rita Bargna not only collected pieces of lace and embroidery from all over Europe, but also books, drawings, threads and accessories for the production of lace, saving them from dispersion or destruction and thus safeguarding the knowledge of production of this intangible heritage, an inherent part of the cultures of many European countries.

Rita Bargna has not limited herself to making lace on the basis of the classical designs of the Cantù tradition. Rather, she sought new stylistic and formal solutions, thus regenerating and improving the art of lace-making. This innovative aspect of Rita Bargna’s artisanship led to the creation of a new, challenging type of bobbin lace work, called “Punto Mosaico” and to the creation of laces with three-dimensional, original imagery. Recently, she started a collaboration with the “Liceo Artistico Fausto Melotti” (Artistic High School), turning drawings made by students into pieces of lace that exemplify the meeting of this traditional craft with new generations of creatives.

Furthermore, since 2014, Rita Bargna, together with Prof. Maria Vittoria Ovidi Pazzaglia, has promoted the nomination of Italian lace and embroidery as UNESCO Intangible Cultural Heritage. In short, according to the Jury, “Rita Bargna has dedicated her whole life to preserving and passing on the art of lace-making, an important and disappearing element of Europe’s intangible heritage, to the next generation of craftspeople.”