Roman Vaulted Construction in the Peloponnese

This submission is based on 10 years research by Dr. Paolo Vitti, a conservation architect from Rome, into the building and construction methods used in the Peloponnese during the 400 year period from the century before Christ to 300 AD. The research was based on visits to over 30 sites in the region, where detailed surveys and drawings were made. The traditional scholarly attitude to this kind of provincial architecture – buildings where vaulting was employed, from temples to aqueducts – has been that it was based on Roman ideas and practices, imported and employed by local craftsmen. But Dr. Vitti had shown that it was the emphasis on brick for walls and vaults which was the preferred choice of Peloponnesian builders of the period; this originated as an eastern tradition quite distinct from practice in western territories.

The methodology used in the study was also interesting and deserves to be copied. The on-site method revealed construction solutions which would not have been visible from drawings alone, where the masonry details would not have been apparent. But the revelation of this aspect demonstrates the early use of a construction method which was shared by much of the architecture of the much later medieval and renaissance periods. 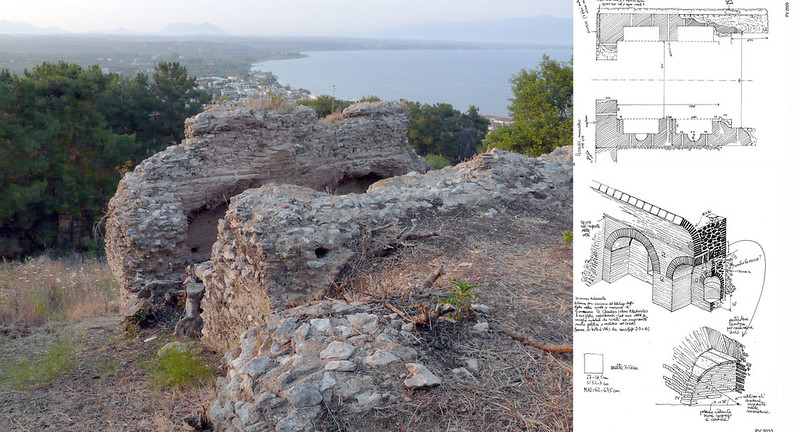 “It was the new discoveries in this research that excited the Jury. Research hitherto had been dominated by the notion of the transfer of Roman building techniques into areas of the Empire such as the Peloponnese; Dr. Vitti however has shown that local construction practices not only operated independently of Roman custom, but in themselves were influential in the spread of brick vaulting to other regions.”