Roman Villa (4th century AD), composed of some 30 rooms and articulated in the typical pars urbana/pars rustica disposition. Following excavation and restoration, the site was adapted into a museum and presented to the public by means of an elevated walkway under a protective lacquered sheet metal, wood and white concrete cover. 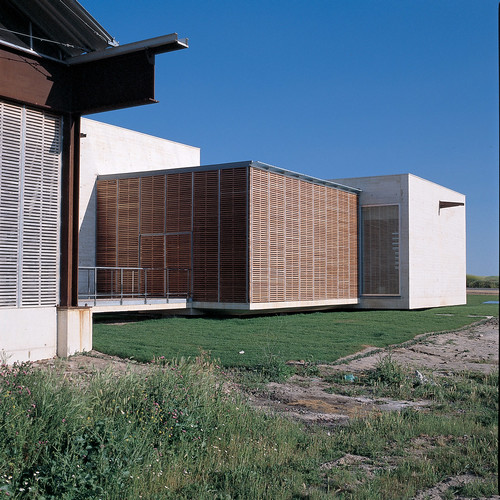 A unique Museum of Roman Villas was created in an independent modern annex built from wood, steel and white cement, in perfect harmony with the materials used for the conservation of the ancient complex. Works were accomplished between 1996 and 2002. The site and museum were inaugurated in May 2003.

“For the exemplary methodology of planning and execution in saving a valuable component of Roman rural heritage, its harmonious integration in the landscape, and its didactical presentation to the public.”