The first comprehensive renovation of the concert hall since its foundation in 1871. To achieve this while the Hall continued to host over 300 events a year, work was divided into 30 discrete projects spread over a period of nine years. 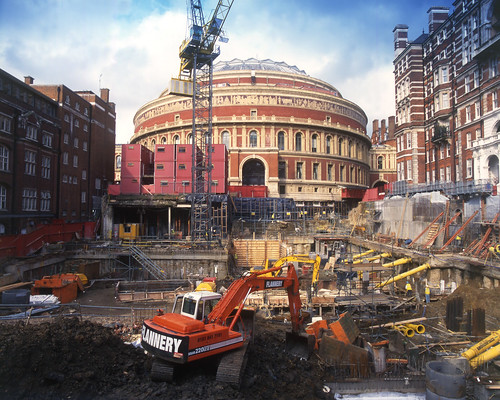 The historic fabric was restored, facilities and comfort improved for the performers and the audience including alterations for universal access. The appearance and acoustics of the hall were improved as was the setting of the building. The infrastructure was totally renewed in newly created basement levels. Above ground, the original terraces and the Memorial to the Exhibition of 1851 were reinstated and a new SOuth Porch was built of load-bearing terracotta and brick to match the original construction.

“For the remarkable achievement of restoring and enhancing an international concert hall whilst still in use and for the ingenious provision of service requirements, thereby releasing space for the public’s enjoyment.”