The Royal Spanish College in Bologna

“There could hardly be a finer example of our shared European heritage: a medieval college for Spanish students in an Italian university – the oldest university in the World – using the Italian motif of a loggia around a courtyard, reminiscent of the collegiate architecture of England or France. The Jury admired the beauty and detail of this meticulous restoration, especially of the frescoes, and the courage and determination shown in sustaining both momentum and funding over such a long period.”

The aim of the long restoration work undertaken was to achieve an architectural consolidation and the recuperation of the forgotten artistic qualities of a palace that holds an exceptional meaning for European culture: the Royal Spanish College in Bologna. The College was founded in 1364 by Cardinal Gil de Albornoz, and endowed with the Royal title by Emperor Charles V in 1530. It is the only university college in continental Europe to have remained active from the Middle Age until today. 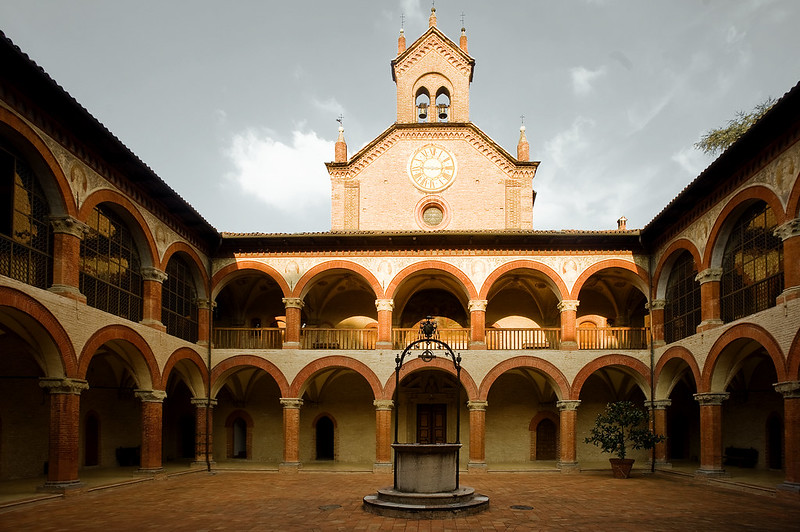 After a long and costly period of restoration initiated in 1978, the works finished in December 2010, with the discovery and restoration of the frescoes in the royal chamber and antechamber. The magnitude of the historical research, as well as the scope of the works and the absence of external subsidies must be taken into account when considering the 32 year long restoration, during which the most difficult task was the financial restructuring of the foundation’s heritage.