“The intense collaboration between the City of Aarschot, the Flemish Community and private investors has proven that a monument of great importance for a municipality can be saved, even though it is in a state of extreme disrepair. The excellent historical study, which formed the basis of the project, inspired a respectful approach by the architects enabling them to build contemporary in-fills and additions as sensitively as the restorations. Deserving exceptional merit, the regeneration of this water mill complex, both materially and in function, has revived its economic and social vocation creating a natural continuity with its past industrial and defensive functions.”

’s Hertogenmolens (literally “the Duke’s Mills”) in Aarschot is a unique Flemish water mill. It was built in 1505 by Willem of Croÿ, Lord of Aarschot, one of the most powerful noblemen in the Burgundian Empire. This daring building with stepped and regular gables, and roofed with natural slate saddle roofs, is unique in Western Europe because it spans the artificial branch of the Demer River and includes its own lock structure. 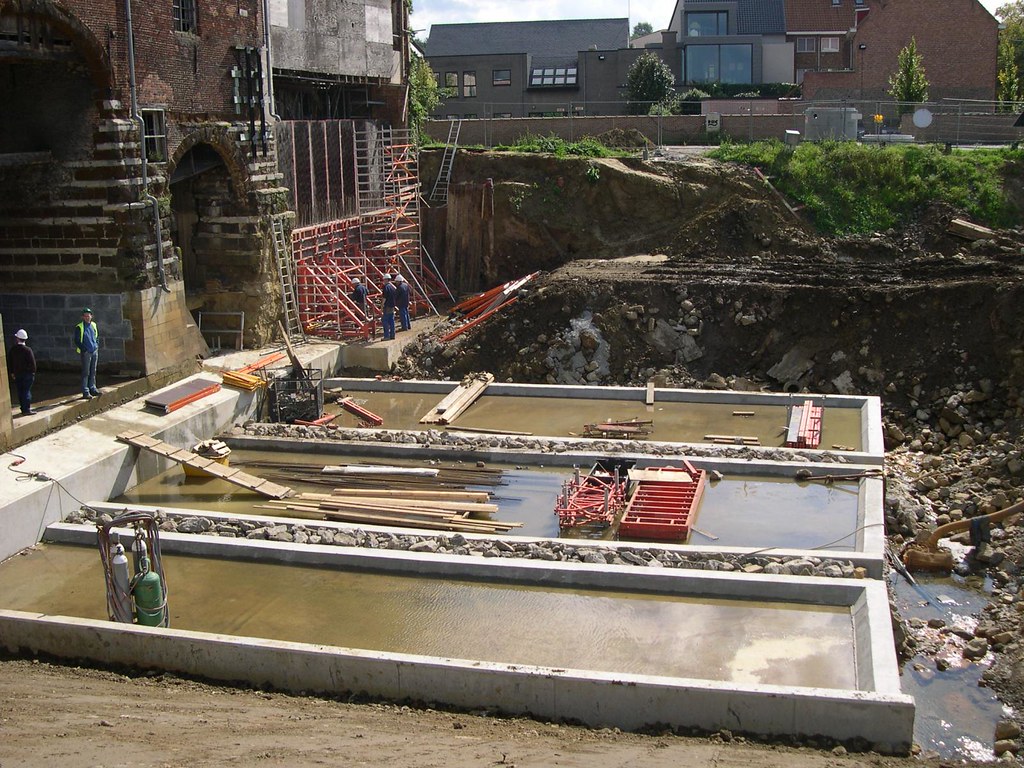 After eight years of intense preparation, the City of Aarschot, in co-operation with private partners and the government, succeeded in reviving one of the most important industrial monuments of Flanders as an economically viable brasserie-hotel, while showing great respect for the cultural and historical value of the monument. The restoration of ’s Hertogenmolens complex has also laid the groundwork for a dynamic development and opening up the entire northern side of the city, acting as a forerunner for several projects of vital importance to Aarschot.