In exploring beneath the waves of Scotland’s West coast, the team behind SAMPHIRE – Scottish Atlantic Maritime Past: Heritage, Investigation, Research & Education has added a rich new layer to the fabric of Scotland’s history. The holistic approach of this project was impressive and left no stone unturned in investigating new approaches to safeguarding our shared underwater heritage.

The project is the result of a collaboration of researchers from Scotland, Spain and Australiawhich sought to investigate how community engagement in West Scottish coastal communities could increase our understanding of archaeological sites off the Scottish coast.  Its unique approach has fostered dialogue between professional maritime archaeologists and local community members including divers, fishermen, historians and others with knowledge of the seafloor in their area.

SAMPHIRE’s well considered methodology is repeated on an annual basis. The team dedicatedly researches, raises awareness and distributes their findings both online and on the ground in local communities through focus groups and print materials. They achieve this through contact with museums, community halls, dive clubs and harbour offices.

“A major part of this project’s success was the community’s choice of their own ‘local champion’, giving ownership of the heritage to these local communities. The project gave these participants the skills and confidence to participate in a major archaeological project which may otherwise have been viewed as being in the inaccessible domain of specialists>”, stated the jury. 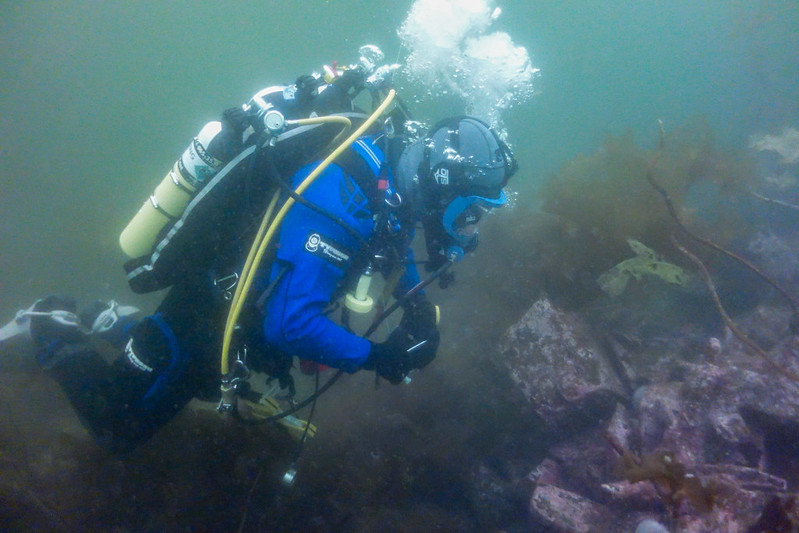 In the period since the project began three years ago, over 100 new sites have been revealed and recorded thanks to their mammoth efforts. This exceptional figure is telling of the effectiveness of SAMPHIRE’s approach and makes a strong case for engaging communities as a means to accurately identify, record and protect archaeological sites, maritime or otherwise. “We appreciated this project’s commitment to engaging and learning from local communities and the way in which they have shown that working together can lead to great discoveries”, added the jury.

“This project was not just a survey but also contributed to identity building in these West Scottish communities and encouraged the participants to act as stewards of their heritage. It has had a far reaching and long lasting effect in inspiring consciousness of heritage sites and, impressively, informing fishing practices where known drowned heritage assets are located. SAMPHIRE’s methodology has a great degree of transferability and is an excellent model for similar sites throughout Europe”, emphasised the jury.