In 11 television-programmes, broadcasted on the local network AT5, young citizens of Amsterdam play a leading role in discovering the historical landmarks and heritage of their city. The items vary from a 17th century canal house to post-war architecture in the new towns in the western part of Amsterdam. Most of them are places with a connection to the target grup, like a music venue which used to be a church or a swimming pool, originally built in the 19th century as a training centre for cyclists. The programmes also went out on the regional television network Noord-Holland. 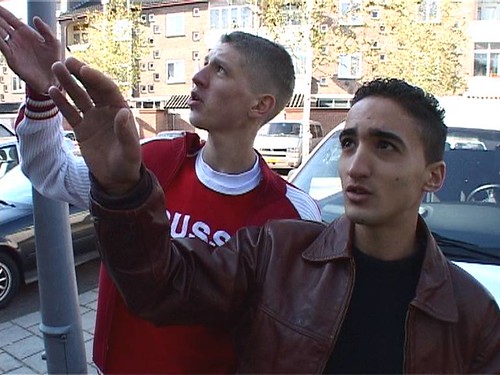 Furthermore, a DVD of the series was distributed free of charge to school libraries and teachers in Amsterdam for use in class as an introduction to heritage in the pupils’ city. The programmes were also broadcasted via the regional TV network TV Noord-Holland. A DVD has been made for free distribution to school-libraries and teachers in Amsterdam to use items in class for an educational introduction to heritage in the city.

“The project is highly appreciated for being able to adapt to the mind-set of the target-groups to introduce cultural heritage to them and hereby foster a sense of appreciation and responsibility for its upkeep.”