Home Winner The Six Historical Organs of the Basilica of Mafra

The Six Historical Organs of the Basilica of Mafra

“The Jury was impressed by the restoration of this unique ensemble of majestic organs entrusted to organ builder Dinarte Machado, closely followed by a scientific committee. This project has resulted not only in the restoration of the organs but also in the provision of an example for future generations of the perfect integration of moveable items into immovable architecture. It gives a real sense of coherence, enriched in this case by the harmony between the material and non-material aspects of heritage.”

The six organs in the Basilica of the Palace of Mafra are unique, not only because of their number – a remarkable feature in itself -, but because they were built simultaneously and originally conceived to play together. The restoration project aimed to give back to the public one of the most important 19th century sets, unheard for about 200 years. The restoration process was followed from the beginning by an International Scientific Committee of organ experts to guarantee the rigor, quality and reversibility of all the interventions.
Each stage of the works underwent historical and technical study, and was the subject of specialized discussions about the specific options concerning each instrument. The work was fully documented for the benefit of future generations. 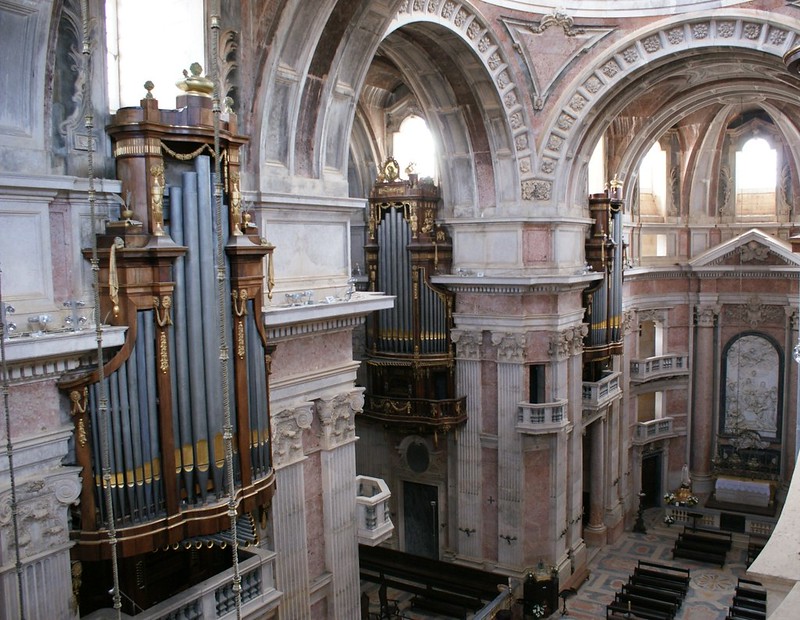 In May 2010, the restored six organs were heard again enabling the public to rediscover the rich tradition of Portuguese organ music of the Baroque and Post-Baroque eras.