St. Martin’s Chapel in Stari Brod is an outstanding example of vernacular Croatian architecture. Stari Brod is one of many traditional villages with unique wooden churches, and though these structures were once numerous in the region, St. Martin’s Chapel is just one of around forty buildings dating from between the 17th and 19th centuries which still survive in this area today.

Probably built in the early 17th century, with later additions from the 18th century, this small, traditionally constructed church has many charming features. Its most arresting detail is the Baroque interior decoration. All of the walls and ceilings are covered with 88 shallow wooden panels of varying sizes that are bordered by a decorative wooden frame. The panels are vividly adorned in paint with intertwined symmetrical ribbons, flowers and leaves. In their vibrancy, they are reminiscent of local folk embroidery. The altarpiece dedicated to St. Martin is decorated in a similar Baroque style.

Both the panels and the structure were in an advanced state of deterioration before conservation works, which were coordinated and conducted by the Croatian Conservation Institute. Missing roof tiles led to leaks and water damage, and the extended exposure to humidity resulted in structural damage as well as the warping and weakening of the painted panels. In order to tackle the work effectively, a comprehensive survey was carried out. Subsequently, the panels and the altarpiece were removed for careful cleaning, restoration and retouching. The building underwent repairs to the compromised foundations and a new wooden roof with oak shingles was built. Throughout the work, wherever possible, traditional techniques and treatment of the materials were used.

St. Martin’s Chapel has a special significance to the population of the village of Stari Brod, and this was acknowledged in the presentation of the final result. Emphasis was placed on the chapel’s value and on raising awareness among the local community in order to encourage its protection in the future. 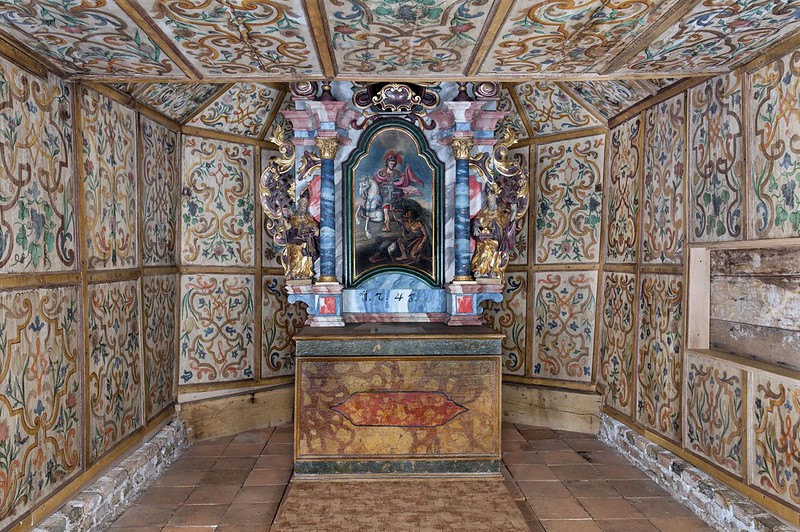 “This exemplary project has placed great importance in Croatia’s vernacular architecture, an aspect of the country’s heritage which has faced a decline in previous centuries. The delicate and fragile architecture has been respectfully and sensitively handled, and has enhanced the painted jewel-box like quality of this chapel”,said the jury.

“The excellent conservation of the painting is especially commendable, along with the way in which local craftspeople, the owners, and the community were encouraged to participate in the conservation process”,highlighted the jury.