The preservation of a rural stone church building from 1837 after decades of neglect and decay. Situated on Orkney’s windswept Atlantic coast, it is an exceptional example of a 19th century Scots parish church. 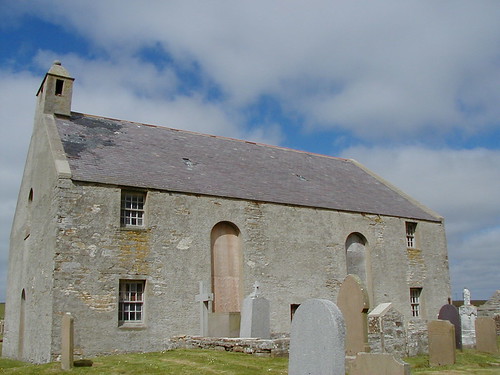 Largely disused since the 1960s onwards, St Peter’s fell into disrepair and was threatened with demolition in 1993. In 1998 the Kirk was bought by the Scottish Redundant Churches Trust with the aim of repairing and conserving the building as an important part of Orkney’s heritage. Throughout the project there was an emphasis on the use of traditional skills, techniques and materials. The church has been returned to its place as a worship and cultural centre for the community.

“For the restrained conservation, using traditional materials and where possible local craftsmen, of a now rare 19th century church, reviving it as a focal point for the community.”