The Stanley Mills, located on the River Tay near Perth, developed from 1786 as a water powered industrial textile manufacturing site. At its peak, the Mills employed 800 people and, after 200 years of operation, it closed in 1989. Thereafter the mills were asset stripped and became increasingly derelict and dangerous. By 1995 the site was declared unsafe and all public access forbidden. The mills then became a magnet for vandals, thieves, and other miscreants which led to calls for their demolition. 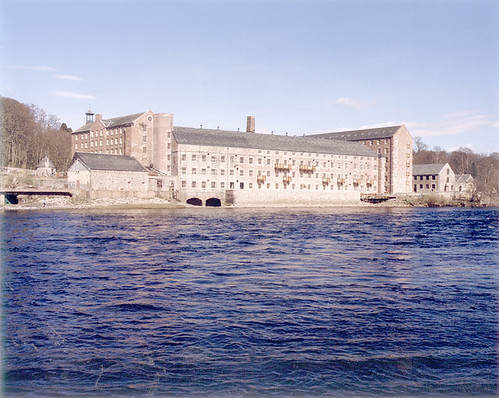 Sir Richard Arkwright’s original brick-built Bell Mill, two later substantial stone built Mills, and the entire lade (canal) system received a last minute intervention by Historic Scotland, who purchased the entire site with significant financial support from the Heritage Lottery Fund. The Prince’s Foundation for the Built Environment joined the project, undertaking the conversion of The East and Mid Mills into elegant flats and townhouses, while Historic Scotland restored the lade system and adapted the Bell Mill into a visitor and education centre.

“What impressed the Jury about this project was the sheer stamina and determination of the sponsors over quite a long period, to save for posterity and respectful re-use, this large and highly significant site from Scotland’s industrial past.”