Stéphane Bern has had an extremely rich career related to cultural heritage, at times working as a journalist, an author, TV presenter, radio host, producer and actor. However, it is mainly through his immensely popular television shows that Stéphane Bern is best known to the general public for his illuminating insight on cultural heritage. “For many years, Stéphane Bern has been a great communicator of French and European history and heritage, both cultural and natural. Through his enormous popularity and presence in the media, he has encouraged a wider mobilisation for cultural heritage in France and beyond”, the jury stated.

For the daily television programme “Visites Privées” (Private Visits), based in the collections of furniture and textiles at the Mobilier National in Paris, Mr. Bern unveiled the “behind the scenes” activities of heritage institutions and communicated about their many treasures. Viewers were invited to rediscover the hidden history of illustrious figures and France’s monuments and to learn about how the country’s most prestigious institutions function.

Stéphane Bern has written extensively about Europe’s heritage on a variety of fascinating topics. In November 2010, the first volume of the popular “Secrets d’Histoire” (Secrets of History) series was published, and the 8th volume, “Secrets d’Histoire Renaissance” (Secrets of Renaissance History) was released in October 2017.  There have also been three volumes of the “Les Pourquoi de l’Histoire” (The Whys of History) series. In 2013, he wrote “Le Bel esprit de l’ Histoire” (The Beautiful Spirit of History) and “Châteaux Royaux de France” (Royal Castles of France). 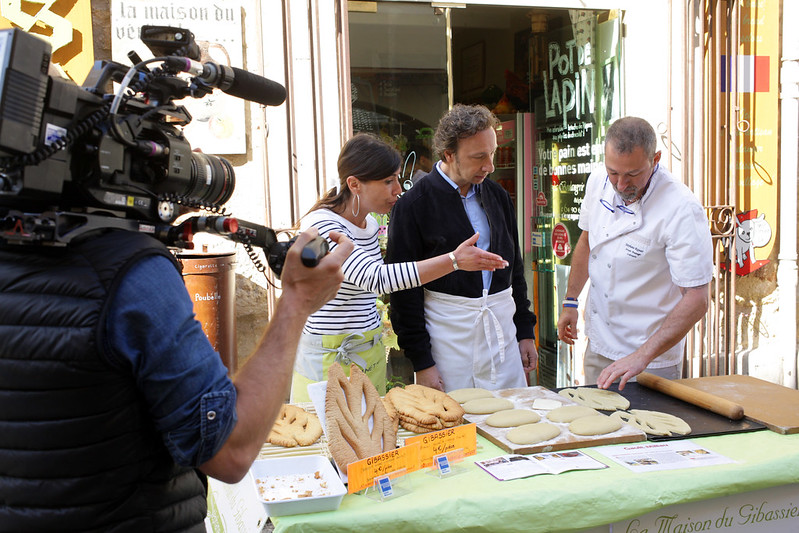 Since 2013, Mr. Bern has been dedicated to the preservation and rehabilitation of the Royal Military College of Thiron-Gardais in Le Perche in the department of Eure-et-Loir of which he is the owner. After three years of efforts to refurbish the building, he opened the museum and garden of the military and royal college for the first time to the general public. The College is now open for visitors every summer and during the rest of the year on request.

In 2016, he created the Fondation Stéphane Bern pour l’Histoire et le Patrimoine (the Stéphane Bern Foundation for History and Heritage), under the umbrella of the Institut de France, which aims to contribute to the protection of heritage and to finance education and knowledge sharing projects on history. Each year, he presents a History Prize and a Heritage Prize.

In light of Stéphane Bern’s reputation and influence, the President of the French Republic, Emmanuel Macron, decided in September 2017 to entrust Mr. Bern with a special mission to identify endangered rural heritage sites in France and propose viable ways of saving them. The List of 269 pre-selected sites including 18 priority sites was made public in April 2018. The selected sites will benefit, among others, from financial support provided by a special edition of the French Lottery to be organised on the eve of the European Heritage Days 2018 on 14 September, as well as scratch cards.