Built as a private villa on the Thames, in domestic use from Walpole’s time until 1923, when it was sold to a teacher training institution, Strawberry Hill has now been fully restored: the fabric of the building made watertight, dry and wet rot eliminated, roofs and drainage renewed. Modern interventions have been removed or adapted. New services, electricity and heating systems have been installed together with IT provision. The villa’s critical place in architectural history, as the cradle of the gothic revival, has been re-secured. As a result of an extensive research programme, the interiors have been conserved and renewed according to their original 18th century designs. Walpole’s extraordinary collection of stained and painted glass has been rescued. Paint analysis revealed original colours and these have been copied faithfully. The stuccoed exteriors are lime-washed. The garden too has been restored to Walpole’s design with a grove of lime trees, a theatrical shrubbery and a Prior’s Garden with strawberries and roses.

“Horace Walpole’s ‘plaything house’, which from 1747 he transformed into a gothic castle is famous in the history of architecture, and culture generally, on an international level. But it had become seriously neglected, falling into decay and suffering even more from poor repairs. By public engagement and local and national support, in 2007 it was possible for the foundation to obtain a long lease and start restoration work, based on highly detailed research and the archaeology of the building itself. The Jury applauded the beautiful conservation of this exceptionally influential place, and admired the courage and commitment shown by local volunteers and their professional partners.” 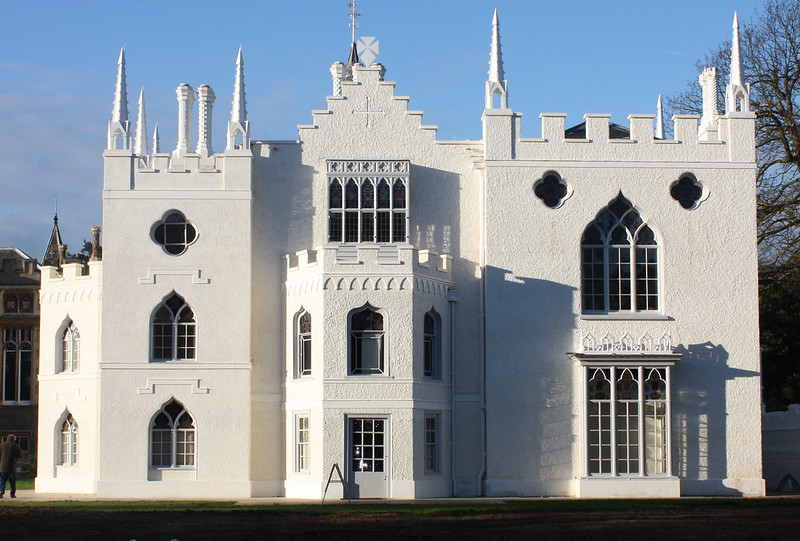