The hangars at the Tallinn Seaplane Harbour are the most important engineering landmark in the region. They are thought to be the first large-scale reinforced concrete shell structure in the world. When the hangars were first built, The Builder, a British architectural journal, compared them with Hagia Sophia in Istanbul. In the Soviet period, the seaplane harbour was in the hands of the military and the neglected hangars were decaying rapidly. By the time the restoration work began in 2009, the building was in terrible disrepair and on the verge of collapsing. Quick action carried out by an experienced team helped to save and refurbish the structure. In 2010- 2012, the seaplane harbour was renovated as a maritime museum which opened in May 2012. It has since become Tallinn’s most visited attraction after the Old Town and the most visited museum in Estonia.

“These reinforced concrete seaplane hangars, begun in 1912, are undoubtedly one of Europe’s most remarkable aviation monuments. Their pioneering shell structure matched their use for a pioneering 20th century activity, powered flight. Their survival up to the present day is equally remarkable. The Jury’s award to this project recognizes the exemplary and technically complex restoration of the structure when it seemed beyond all hope of repair. Sheltering a popular maritime museum today, the restored seaplane hangars also play a part in the regeneration of a hitherto run-down neighborhood of the Estonian capital.” 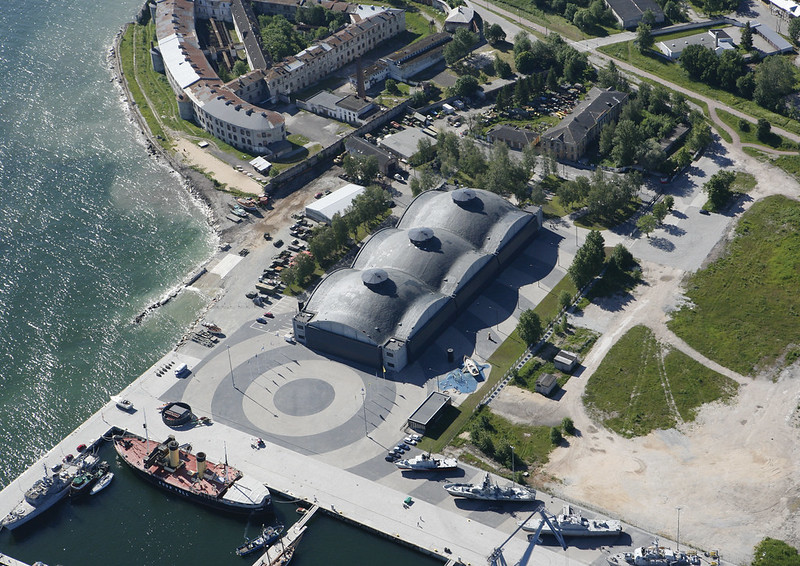