Bergamo’s Teatro Sociale is a fine antique wooden theatre “all’italiana” built in 1804. It enjoyed a mixed first century, but finally succumbed to competition and closed in 1929, functioning thereafter as a cinema and exhibition hall. By the end of the 20th century it was in an advanced state of decay. Demolition seemed its inevitable fate.

But the corner was turned. The municipal authority, as owners, first planned a partial restoration of the ground floor only as an exhibition area. Then, however, its ambitions grew and proposals for a more comprehensive renewal were drawn up. In the end, the courage and funds were found to complete a full authentic restoration of the original building, making as much use as possible of whatever original features could be saved, and using modern methods to secure the structure and guarantee comfort and safety. The reward has been the re-establishment of a fine historic theatre in the very centre of the urban space, which has revitalised the surrounding area and indeed the whole town. 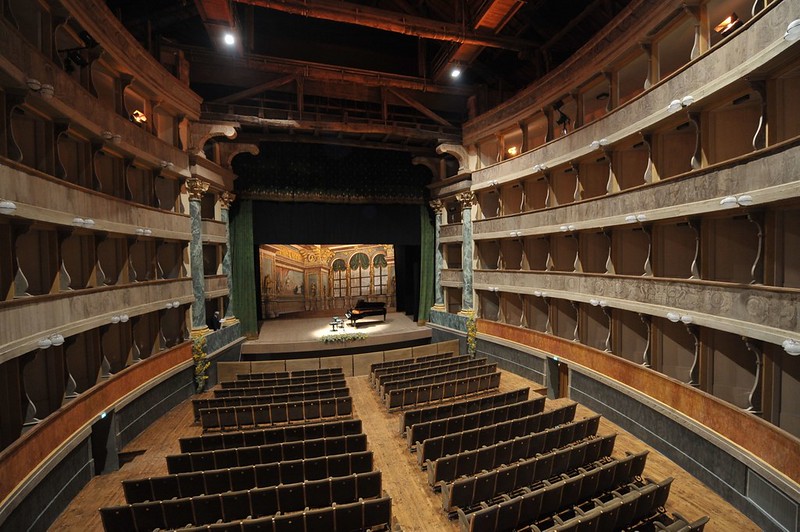 “What impressed the jury with this project was the ingenuity in combining a minimal amount of inevitable new work with highly skilled, but again minimal, intervention in the restoration of the old. This is always a difficult balance and has been accomplished here with exceptional results, partly by the employment of a wide range of experts and partly with the enlightened patronage of the Municipality of Bergamo.”