Home Winner The Fountain of the Lions

The Fountain of the Lions

The Court of the Lions in the Alhambra is the zenith of Nasrid architecture (early 13th to late 15th centuries). The famous fountain, constructed by order of Muhammad V between 1362 and 1391, is perhaps its most distinctive feature owing to its decorative richness and deep symbolism. The restoration of the fountain was a large-scale project executed in various stages, beginning with lion number 4 in 2002. Work continued between 2007 and 2010 with the restoration of the remaining lions and the basin of the fountain.

Renovation of the water system was a necessary element, as was the aim of restoring the courtyard’s integrated fountains to full working order and performing the conservation work in situ. The final stage was reached with the paving of the courtyard with Macael white marble in 2012. The objectives were to ensure historical authenticity by returning to the original paved flooring and to improve public access and enjoyment of this magical space. 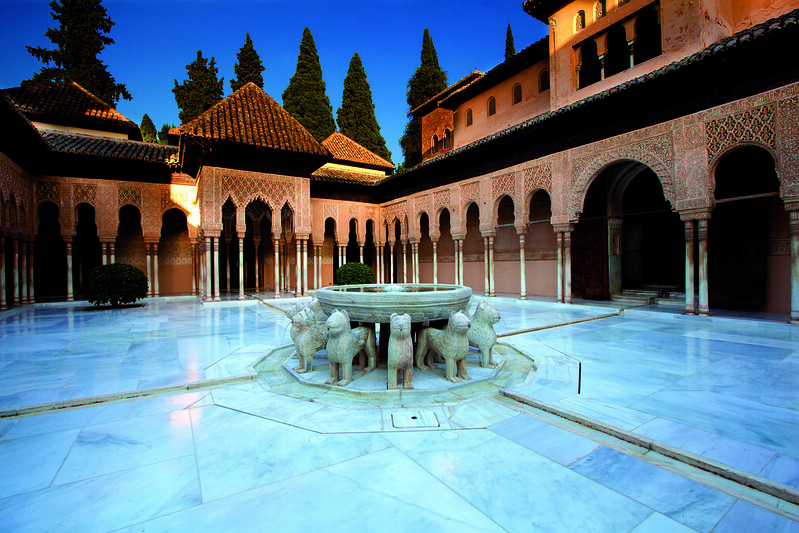 “The award recognizes the sophisticated restoration of this very emblematic monument. The long process brought with it major difficulties. The restoration of the lions and the fountain, the renovation of the whole complicated water system and especially the decision, after serious historical researches, as to what kind of pavement should replace the gardens built in the beginning of 19th century, all entailed challenging conservation issues. But the result, restoring this beautiful court, located at the heart of the most important Nasrid palace, is a triumph. The Jury valued the quality of the research and methodology, and welcomed the result that allows public to access the court.”