The French Hospital in Faskrudsfjordurt

This project saw the relocation and restoration of the French Hospital to its original home in Faskrudsfjordur, a village in Eastern Iceland. Along with the hospital building itself, a chapel, an older infirmary and the Doctor’s house complete this complex of buildings which were each restored or rebuilt as a part of the project. The hospital takes its name from its establishment in the late 19th-century as a hospital for the many French fisherman who for four centuries carried out fishing expeditions in Icelandic waters.

The beginning of the Second World War brought a halt to their travels to Iceland. Despite the efforts of the town to keep the hospital in use, it soon closed and was moved to the other side of the fjord to be used as residential accommodation. In 1980, the building was completely abandoned and remained as such for more than 30 years. The project to restore the hospital was begun in 2009 by the cultural heritage foundation Minjavernd and was a collaboration of architects, engineers and craftsman from the local community and Minjavernd.

This was a large undertaking but had a clear aim of revitalising this part of the village’s history by repurposing the hospital as a hotel and museum in a bid to honour the memory of the many fishermen who perished in Icelandic waters and in the hospital. The restoration was also faithful to the traditional crafts and materials used in the original construction, with many of the old timbers being reused and traditional craftsmanship being employed throughout. “This project recaptures a part of European history in embracing this link between France and Iceland. The project team has acted to safeguard this valuable and fragile building and the fascinating heritage it embodies”, the jury noted. 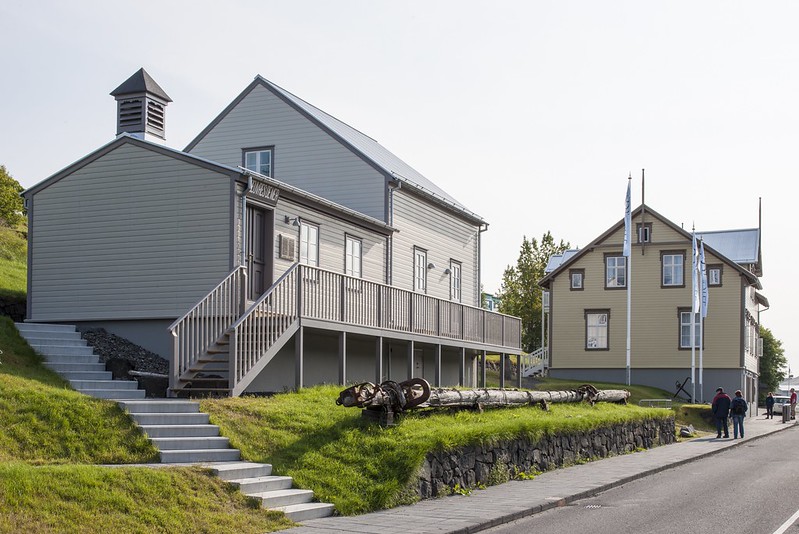 “Restoring a building such as the French Hospital for new uses is a difficult task. The solution that the team has presented is markedly intelligent. The decision to incorporate a very informative museum within the building’s other function as a hotel is proof of the respect that the team had for the building’s heritage and the commitment it had in making this heritage accessible to everyone”, the jury added. The museum and hotel, situated in this beautiful and dramatic landscape, has attracted an increase in tourism to the village, reinstating the village’s role as a refuge for those far away from home.