“Among the many sophisticated and palatial projects they were invited to consider, the Jury were excited to discover this modest but meticulously restored example of the vernacular. Church houses were truly communal buildings, combining functional spaces such as kitchens and meeting rooms, with an open hall above for village feasting and dancing. Few have survived. Poundstock Gildhouse, after periods as a school and a poorhouse, has since reverted to its original purpose. The Jury expressed unqualified admiration for the traditional techniques adopted in giving the cob walls, windows and timber-cruck roof a renewed lease of life.”

This early 16th Century Gildhouse in North Cornwall is a typical, early north Cornish construction with cob upper walls, stone ground floor and timber framed cruck roof, which was repaired and reordered to enable its use as a Church Hall. 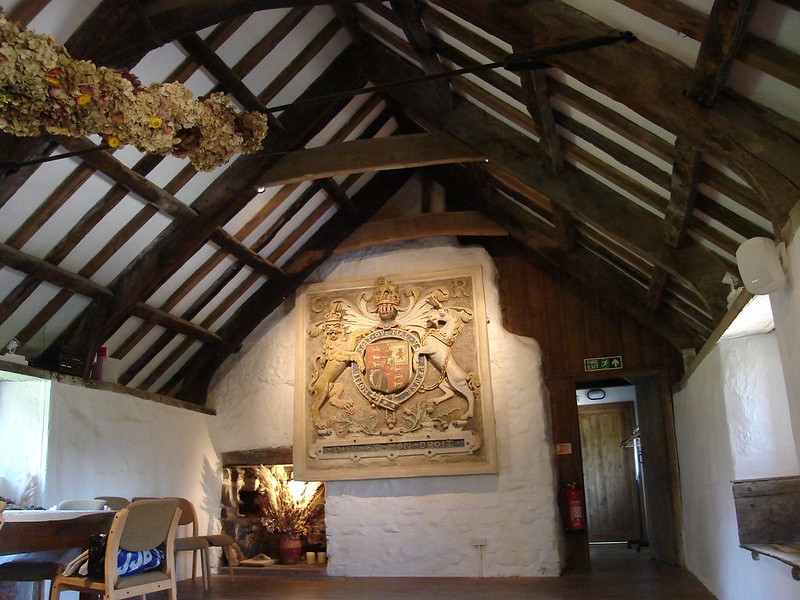 It represents a very well preserved example of early 16th Century vernacular craftsmanship of a once common building type.
The aims of the project were threefold: firstly to understand the significance of the history of the building and its survival into the 21st Century; secondly to make the Gildhouse and the story of the parish better known locally and to visitors to the county, and thirdly to improve the access to the building and its history, both physically and intellectually. The restoration has allowed an outstanding survival of craftsmanship, and the preservation of the spiritual and practical connection between the church and the remote farming community.