“By awarding the conservation of the seaweed-thatched farmhouses on Laesoe Island the Jury draws attention to a very sensitive and threatened heritage phenomenon that would have been lost without the idea of Seaweed Bank. Focusing not only on a technical, but also social aspect of this needlework-architecture, the initiative shows a remarkable example of voluntary work done by enthusiasts, that allowed for an almost impossible preservation task to be accomplished with local and national resources.”

General construction developments on Laesoe Island in the 1930s resulted in the traditional way of thatching houses with seaweed being nearly eradicated during the course of just one generation. Adding adversity, a concurrent fungal disease in the particular seaweed species used for this building tradition – eelgrass – resulted in a lack of viable thatching seaweed. Conditions for promoting conservation efforts have thus been virtually non-existent, and the few remaining seaweed farms are in a poor state.
After more than 80 years it has now again become possible to obtain usable eelgrass seaweed from other parts of Denmark. Committed craftsmen from Laesoe experimented with reviving the old craft techniques, resulting in a successful test project, which forms a foundation for a new approach to seaweed farm conservation.
On the basis of the results of a test project in 2008, a group of enthusiasts determined to secure the conservation of the island’s built heritage, carried out a plan to establish a ‘Seaweed Bank’. Consequently, high-quality eelgrass is now available on the island, securing this essential resource for the safeguarding of this particular architectural heritage. 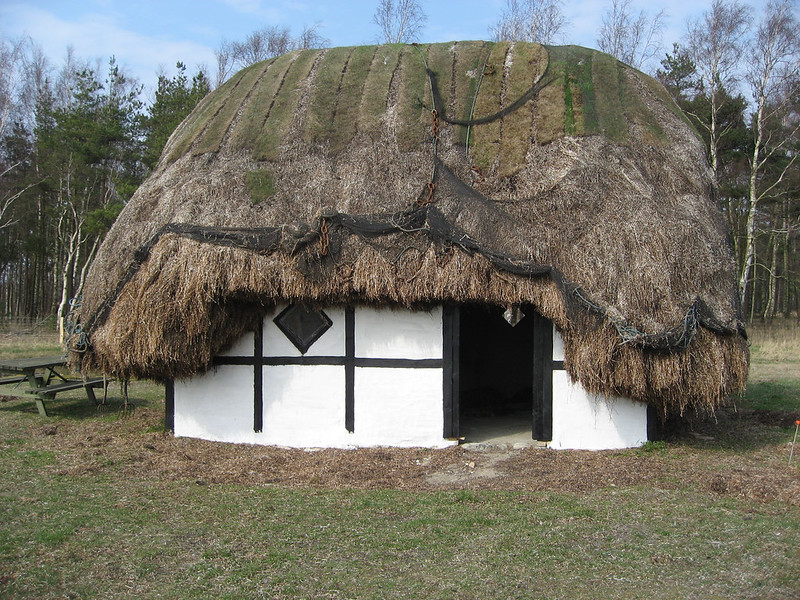