The TISH Jewish Food Festival is a unique event that presents the culture and history of Polish Jews through a celebration of Jewish food heritage. During the TISH Festival, organised by the POLIN Museum, food is used as a tool to enable participants to talk about their shared history, combat stereotypes and break down barriers. The first two editions of the Festival, in 2018 and 2019, were funded by the Association of the Jewish Historical Institute of Poland and the donors. In 2020 and 2021, the Museum received grants from the Dutch Jewish Humanitarian Fund and the Embassy of the Netherlands, as well as the Embassy of Israel.

The name ’tish’ comes from Yiddish and refers to a joyful time spent together at the table, eating, drinking and talking. The project popularises knowledge of Ashkenazi Jewish culinary culture, which stems from Central and Eastern Europe, and shows how it migrated to other parts of Europe. The project highlights common elements in European culinary cultures and reveals the stories behind the food and its significance to Jewish culture and history.

Each edition of the TISH Festival involves a series of culinary workshops and food tastings that allow for the transfer of knowledge about culinary heritage through memorable personal experiences. This is achieved through collaborative outreach with local Jewish organisations and food businesses. Each year, for example, several milk bars in the city (inexpensive diners and canteens that are popular in Poland) collaborate with the Festival by introducing Yiddish menus demonstrating the commonalities between Polish and Jewish cuisine. 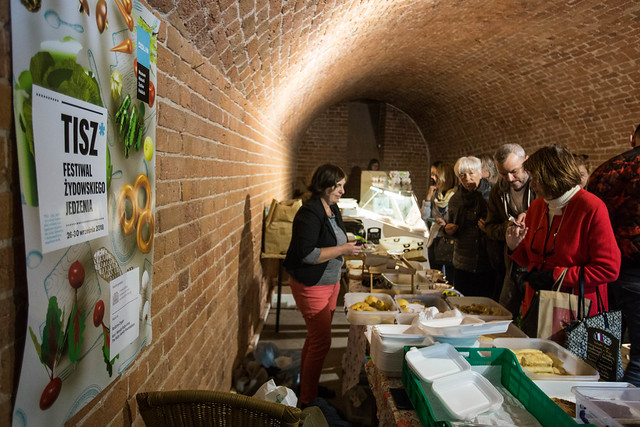 The TISH Festival offers the POLIN Museum an excellent opportunity to popularise Jewish cultural heritage among new groups of visitors. For 40% of the participants, it was the first time that they attended one of the Museum’s events and there has also been a growing interest in the Festival year on year. Thank to the success of TISH Festival the POLIN Museum in March 2022 opened first temporary exhibition on Jewish food, entitled “What’s cooking. Jewish culinary culture”, which will last until December 2022.

“The TISH Jewish Food Festival highlights the great importance of the intangible cultural heritage of food and its ability to build bridges and reveal our shared traditions and customs. Food is a truly democratic topic that everyone can talk about. As such it can be a powerful vehicle for wider discussions about culture, heritage and the history of a community of people who are dispersed across Europe. The TISH Festival has great significance to people across the whole of Europe and is a strong example for other communities with a similar history”, noted the Awards’ Jury.