Trim Castle is the largest and one of the earliest stone Norman castles in Ireland. In the 13th century, Trim was the centre of a feudal lordship extending from the Irish Sea to the River Shannon. The castle’s scale and design are a clear demonstration of its political and economic importance. After its final abandonment in the mid-17th century, the sheer scale of its structure ensured its survival as a ruin. 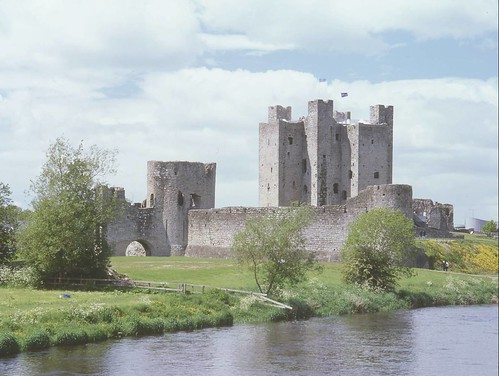 It has been restored as a stabilised ruin with historic defacement, natural erosion and the scars left by absent fabric all showing the history of the structure. The only significant rebuilding was of the two stone staircases required for public access. Timber floors were reinstated in the three side towers. Bridges span the central block, linking the towers and providing dramatic internal views. Tensioned fabric roofs were installed, mimicking the line of the original roofs. This restoration project has provided a better understanding of the early Norman settlement of Ireland, a pivotal moment in Irish and European history.

“For the well-researched and excellent restoration of an important 12th century castle ruin, including imaginative new installations”