The renovation of a neo-Classical villa (1892) built as part of Rome’s expansion in the time of Italy’s unification. It was designed for Francesco Durante, the chief physician and one of the fathers of modern surgery. 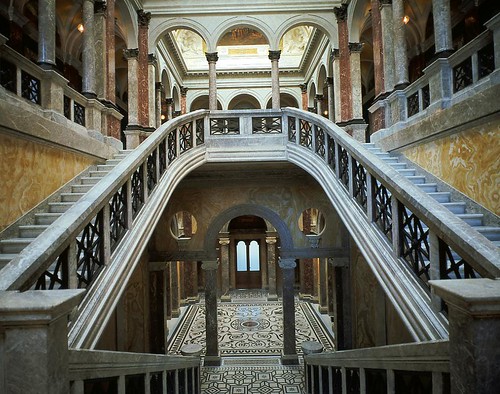 The main interior spaces flow one into the other through open portico screens and colonnades made of various marbles. The upper walls which are adorned with bas-reliefs cornices and frescos, and the ceiling vaults with trompe-l’oeils paintings which had been covered with cementite, were all restored. The complex mosaic floors were redone, as were the faux-alabaster wall surfaces. Considerable research was carried out, allowing the owners to rediscover the history of the building.

“For the stunning restoration of a significant neo-Classical villa which revealed hidden surface decorations and returned the building to its former glory.”