Founded in 1978, the Vlaamse Vereniging voor Industriële Archeologie (Flemish Association for Industrial Archaeology), was created as a non-governmental organisation for the protection of industrial heritage in Flanders, the Dutch-speaking, northern region of Belgium. Having never received subsidies, the VVIA has depended on the unwavering commitment of its members and volunteers to save the many industrial sites and artefacts of the region.

The jury appreciated the relentless efforts of the organisation to protect a strand of heritage whose survival and sustainable restoration is not self-evident. They highlighted that, “Industrial heritage has long been an especially endangered part of the cultural heritage family, costly to preserve and in need of continuous maintenance. In addition, the vast scope of the concept, including mills, mines, ships and factories among others, has posed a great challenge to those individuals and organisations that wish to preserve it for future generations. Despite these and other complications, the Flemish Association for Industrial Archaeology has time and time again stood at the frontline to protect those sites and monuments that faced destruction, often without much needed financial aid.”

The many initiatives undertaken by the VVIA include a year-long campaign to save the mines of Limburg that were closed in 1985, at a time when the preservation of this heritage site was far from evident for the authorities. Their continuous efforts have led to the implementation of a leading comprehensive protection policy (1993-1994) for mining heritage. However, recent developments have shown that the fight for industrial heritage is far from over. In 2018, following a nomination by the VVIA, the coal preparation plant of Beringen was shortlisted for the 7 Most Endangered programme, the civil society campaign to save Europe’s endangered heritage that is run by Europa Nostra in partnership with the European Investment Bank Institute. Volunteers from the VVIA also managed to save the technical library of the former Ministry of Public Works – a collection comprising some 30 tonnes of books and journals collected since the 1830s which were discarded when the department was split between the Regions in the 1990s, and which recently were again endangered. 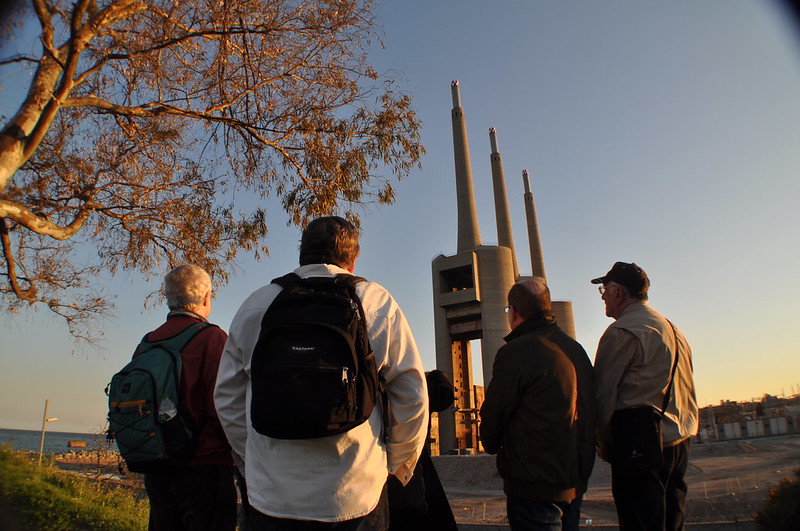 For 40 years, the VVIA has demonstrated their outstanding voluntary devotion to industrial heritage. The organisation has had a remarkable impact thanks to its commitment to professional bottom-up capacity-building, intelligent lobbying and sharp focused activism. Through its members, representing different disciplines, the VVIA has developed and promoted many new ideas for the preservation and interpretation of industrial heritage in Flanders – facilitating the cooperation and exchange of ideas and experiences between local initiatives and with colleagues in other European countries.