Home Winner Wall-Paintings of the Ottonian Crypt of St. Andreas in Fulda

Wall-Paintings of the Ottonian Crypt of St. Andreas in Fulda

Dating to 1023, the small crypt of Saint Andrew’s church in the district of Neuenberg in Fulda ranks as one of the most precious works of art of the Ottonian epoch. Alongside St. George’s Church on the Isle of Reichenau (Lake Constance) St. Andrew’s in Fulda is a perfect example of an entirely painted Ottonian church-interior on German soil. In 1932 these precious paintings were discovered beneath eight coasts of plaster and had been wrongly restored on the basis of the degree of knowledge of the time. As a result of pollution, damp, candle-smoke, mildew and various micro organisms, the al-secco paintings were in danger of perishing. 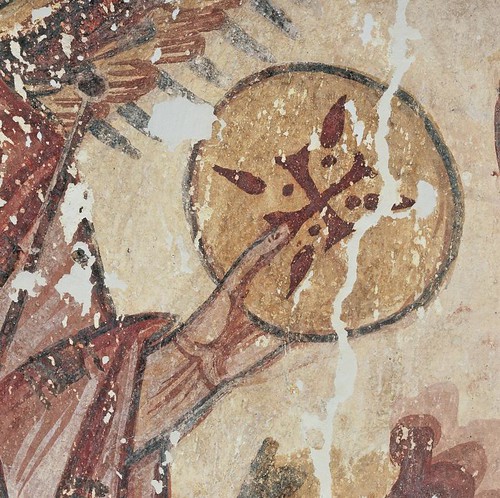 Now, following 15 years of intense work, performed by experts, the precious al secco paintings, which depict 22 angels, scenes from the Old Testament, a portrait of Christ, and a medieval catalogue of virtues, have been restored and preserved and finally presented to the public.

“For the sensitive restoration and preservation of a rare example of a painted Ottonian church interior in Germany which offers a valuable insight into medieval portraiture.”