The project to restore this iconic landmark, the sole remaining example of a monument built in Rome during the first century B.C. in the so-called ‘Egyptian’ fashion, was initiated and coordinated by the Superintendent for the Colosseum and Archaeological Area of Rome but would not have been possible without the financial support of Mr. Yuzo Yagi, a Japanese businessman from Osaka. Mr. Yagi, in restoring the Pyramid, wished to express his gratitude to Italy for the growth of his business there. The jury noted that “this project has an impressive global significance and is reflective of the best aspects of our cooperative and globalised world: an Egyptian inspired monument in Rome attentively restored with the assistance of a Japanese patron”.

The project encompassed the thorough research of the state of the Pyramid and the development of innovative techniques to restore the structure and to discover the effects of anti-pollution barriers on the Carrara marble which coats the Pyramid. Preliminary research revealed that much of the marble face was deformed and was suffering from physical, chemical and biological decay. Invasive vegetation had worsened the cracks between the marble blocks, while previous conservation measures taken in the mid-20th century had further damaged the marble with the use of corrosive products, exposing the material to penetrative micro-organisms and rainwater, which in turn majorly damaged the interior frescoes.

Added to this was the unsuitable accessibility of the monument which could only be entered via a steep set of stairs.

The restoration project addressed each of these issues and has contributed greatly to the knowledge about the conservation of Carrara marble. “This careful restoration is of the highest quality and has revitalised this important monument in the centre of Rome. The investigative intervention used detailed research, innovative materials, and techniques to successfully achieve their aims”, stated the jury.

In addition, the results and solutions for dealing with pollution in a city like Rome, where population density and tourism threaten the vast number of heritage sites found there, have enriched understanding of these issues and will benefit future conservation projects of similar materials. 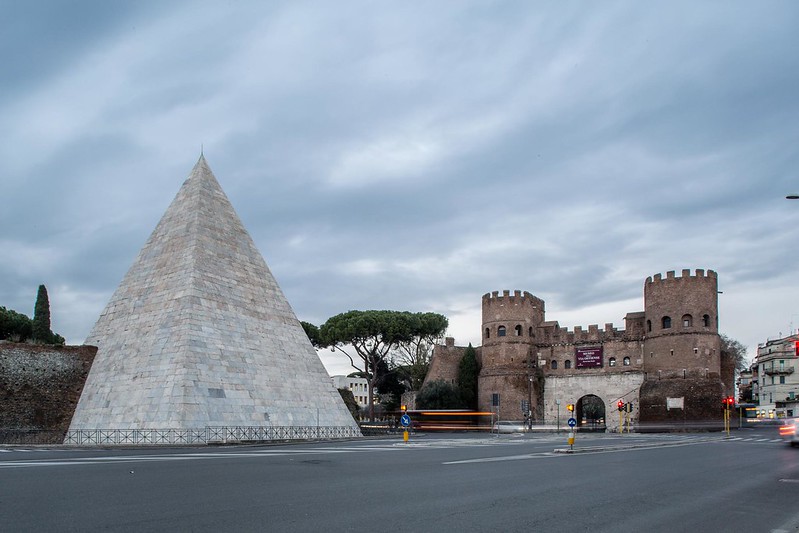 “The monument’s location in the centre of Rome presented difficulties to the team which they overcame with ingenuity. The location is factored into the maintenance plans for the future which in turn shows that the team has a good perspective of the long-term work needed to protect this fantastic monument. The improved accessibility, with the addition of a new entrance, ensures that the monument can better accommodate a sustainable amount of tourism”, highlighted the jury.