The Wikipedra website allows users to inventory, catalogue and consult dry-stone heritage in Catalonia, Spain. It was developed by the Landscape Observatory of Catalonia in partnership with the Drac Verd de Sitges Association. The project started in 2011 in response to the loss of this heritage, mainly due to the progressive abandonment of farming and animal husbandry. Thanks to the involvement of ADRINOC (Association for the Integral Rural Development of the North-Eastern Zone of Catalonia), through the Col·labora X Paisatge cooperation project, a mobile app called “Pedra Seca” was launched in 2017.

Wikipedra is a collaborative database that is built solely from citizens’ contributions. Dry-stone heritage, such as huts or cabins, lime and tile kilns, constructions for storing water, walls and other structures were widely inventoried by means of maps, photographs and fact files in the collaborative database. As well as giving the constructions’ location, the database describes their state of repair, typology and architectural features. In the 10 years since the project’s launch, more than 514 contributors have taken part and inventoried 30,928 dry stone constructions. 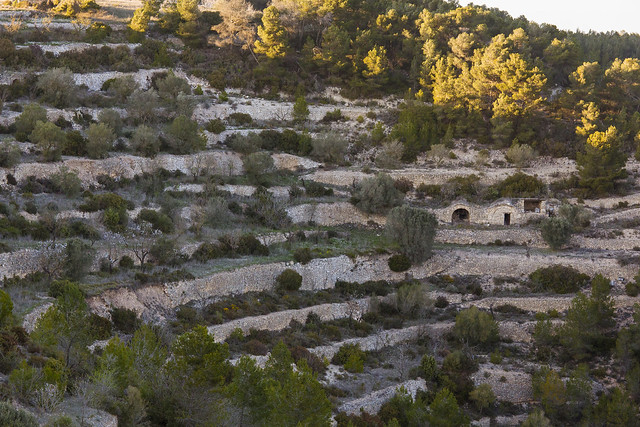 Experts check each entry to validate the information, after which it is formally included in the inventory. It is, therefore, a magnificent example of collaborative management of landscape and heritage as a common asset. In this way, the database also accumulates knowledge and promotes traditional dry-stone architecture as a dominant, distinctive element of the rural landscape of Spain and other areas included in the Mediterranean basin. It is also a valuable resource for professionals working in education, cultural heritage managers, town planners and the tourism industry. In providing evidence of the cultural interest of these heritage sites, Wikipedra has also helped to ensure their protected status at local level.

The project’s territorial reach has grown over the years to include more cross-border regions with Catalonia, both in Spain and France. It is Europe’s only participatory cross-border heritage inventory tool and can be easily applied to other areas in Europe, where there is also a significant presence of dry-stone structures and interest in preserving them.

“Wikipedra is a best-practice example for citizens’ engagement in the conservation of tangible heritage, together with the intangible heritage to which it is connected. An impressive number of participants were involved in building the archive of dry-stone structures, demonstrating the success of the project partners in exploiting citizens’ science for developing a knowledge database that could save the dry-stone heritage from oblivion”, stressed the Awards’ Jury.