The restoration of the Gothic Tower, located in the park and gardens of Wimpole Hall in Cambridgeshire, presented a challenging and complex conservation problem. The Tower was intended as a prospect house and focal point in the Wimpole parkland, the landscape of which was designed by Lancelot ‘Capability’ Brown. The Tower is a superb pseudo-medieval ruin of a castle, based on a sketch by the architect Sanderson Miller in 1749 for his friend and patron, Lord Hardwicke, the owner of Wimpole Hall. Over the following centuries, the ruin suffered extensive and gradual damage due to the vulnerability of its carefully-designed broken edges, blank windows, missing battlements and lack of a roof. Its crenellation – the pattern of stonework found along the top of the walls – which was such an important characteristic of the Tower was almost completely missing. Public access to the Tower and its landscape was also limited and the folly itself was obscured by an overgrowth of brambles.

The restoration called for a lengthy period of extensive research to return it to its intended appearance and required a lot of thought around the issues of restoring a structure which was built to appear as a ruin. Securing it for the coming centuries was paramount as was preserving its weathered beauty. In the 19th to early 20th centuries, the Tower was occupied by servants from the Hall. The social history of this aspect was researched in detail and an archaeological survey was carried out with the help of volunteers. “Intellectually, this project raises interesting questions about the preservation of a designed ruin and inspires thought about the nature of conservation. It is informed by detailed research and archaeological recordings and is a model of cooperative endeavour”, the jury stated. 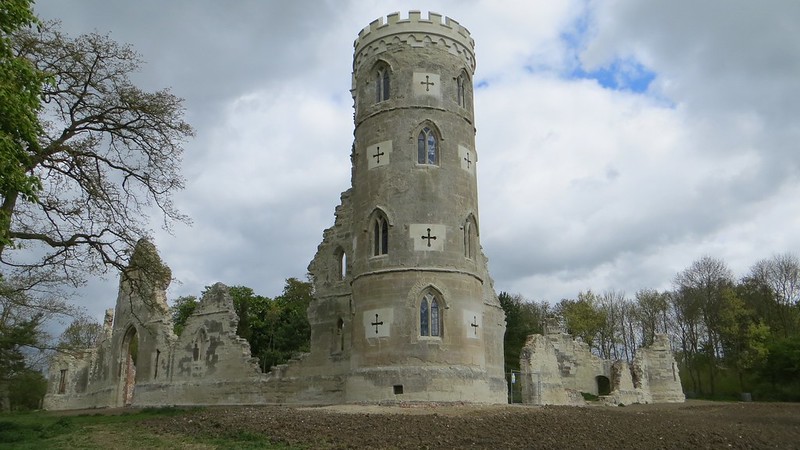 The main structure has been stabilised and is now beautifully restored and reintegrated into the walks and experience of the surrounding parkland. The masonry features of the crenellation and the arrow-slit windows have been reestablished fully while the interiors have been preserved “as found”. The servants’ quarters have been kept as they were to serve as a monument to historical and social change. “This is is a unique example of a folly in its intended and specially designed idyllic landscape by Capability Brown. Its clever restoration has returned this beautiful landmark to the public and has enriched our knowledge of the social and cultural history of the estate”, the jury added.

“This is an extraordinary example of a restoration of an iconic ruin which has served as an example for the construction of similar structures in Europe”, the jury highlighted.