World Vyshyvanka Day is an international holiday dedicated to preserving the iconic Ukrainian embroidered shirt (known as “vyshyvanka”) as a symbol of the material and spiritual heritage of the Ukrainian people. The initiative began as a small student flash mob in Chernivtsi in 2006. The annual celebration led to the foundation of the NGO World Vyshyvanka Day in 2015. Every year on the third Thursday in May, Ukrainians and friends of Ukraine from more than 100 countries wear vyshyvanka in celebration of this heritage. The NGO World Vyshyvanka Day implements its activities through grants and crowdfunding activities.

The NGO World Vyshyvanka Day works year-round and has so far implemented more than 70 large-scale projects in Ukraine and abroad. These are flashmobs, exhibitions, lectures, documentaries, festivals, books, the installation of monuments and the naming of streets. 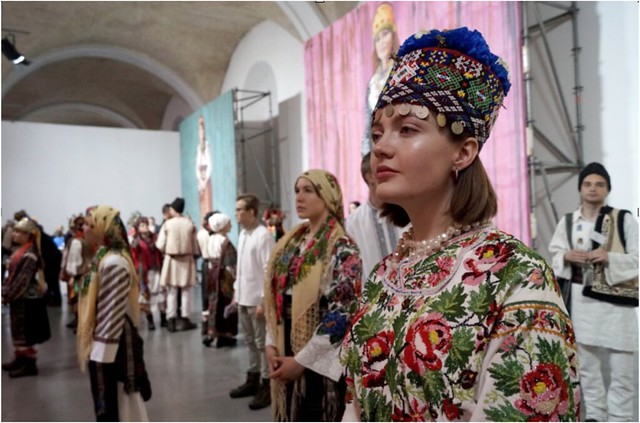 World Vyshyvanka Day has revived and widely popularised the Ukrainian traditional embroidered shirt among the population in Ukraine. For instance, children in kindergartens and schools, students, representatives of a wide variety of professions, deputies, ministers and presidents each take part in the initiative every year. The NGO has also established a group of embroidery craftswomen who create replicas of vintage shirts and has also built and further developed a wide network of researchers and embroidery masters from different regions of Ukraine.

The celebration has helped to build relationships with partners in Europe and further afield by creating an exchange of cultures. It has also helped to foster a new consciousness in Ukraine and abroad of Ukrainians’ identity as a people with centuries-old traditions.

“World Vyshyvanka Day is an impressive initiative that has demonstrated significant growth since its small-scale beginnings. More than 20 million people have taken part in activities and events to celebrate this important symbol of Ukrainian cultural heritage, exemplifying the ability of heritage to be a source of pride and a powerful way to connect people and cultures,” stated the Awards’ Jury.