Yr Ysgwrn is a small vernacular farmhouse constructed in the early 19th-century. It is a simple structure, nationally listed as a Grade 2* building, indicating its national significance. It is remotely located near the village of Trawsfynydd in Snowdonia National Park, a conservation area of international significance (due to its natural beauty, biodiversity and cultural heritage) in northern Wales. Yr Ysgwrn was once the home of Hedd Wyn, the Welsh war poet who was killed on the first day of the Battle of Passchendaele in 1917. The project to restore his family farmhouse and develop it as a visitor centre and memorial to the many Welsh people who died in the conflict was funded by the Heritage Lottery Fund, the Welsh Assembly Government and the Snowdonia National Park Authority with further support from project partners.

Hedd Wyn was posthumously awarded the Bard’s Chair at the 1917 National Eisteddfod for his poem Yr Arwr (“The Hero”). The so-called Black Chair, draped in a black sheet, was hand-crafted by a Belgian refugee and has since become a national icon, symbolising the loss of an entire generation of young men to war.

Though not formally open to the public, Hedd Wyn’s family had welcomed visitors and preserved the house as it had been in 1917, in memory of the devastating loss of their son. However, the considerable resources needed to maintain the farm could not be provided by the family alone. This led to the slow deterioration of the farmhouse and its outbuildings. The preservation of the Black Chair and the other items which had remained in the home since Hedd Wyn’s death, needed to be secured. Therefore, in 2012, with the centenary of World War I approaching, Snowdonia National Park Authority bought the building. They initiated a careful restoration to develop the farm as an international visitor centre and memorial to the many Welsh people who died in the conflict. The jury noted that this “project, though small scale, is well integrated into its wider European context through its memorialising of Welsh culture and its link to World War I.” 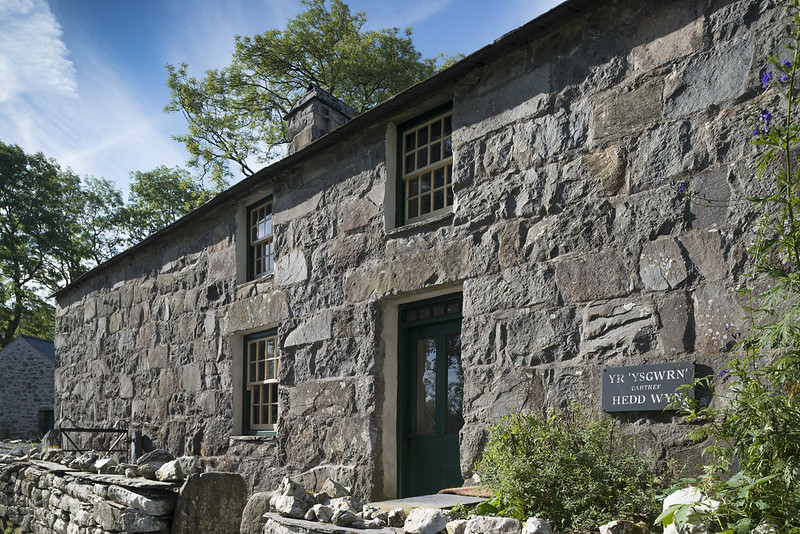 While the Black Chair and other contents of the house were removed and restored, the farmhouse and outbuildings were carefully repaired and upgraded. New visitor and learning facilities as well as updated exhibitions were installed. The surrounding farmland has been brought back into use and its striking landscape replanted. Throughout the restoration of this family farmhouse, Hedd Wyn’s nephew, Gerald Williams was consulted to ensure that his criteria for the long-term care of Yr Ysgwrn as a memorial to his uncle were fully met.

The jury admired this “careful approach to ensure the preservation of the building, allowing its historical significance and its artefacts to become accessible to the wider public. Particular attention was paid to the surrounding farmland, a sustainable approach to preserving this heritage.”