The Zografyon Greek Primary School for Girls, located in the Yeniköy District of Istanbul, was built by the Greek architect Konstantinos Dimadis in 1871. The school was closed in 1980 and soon suffered the effects of neglect. “The Zografyon Greek Primary School is a well preserved and typical example of the Byzantine revival style of architecture. This intervention has been carried out with a lot of respect for the original materials and has returned the building to its original function, following a period of being unused”, the jury noted.

The Tures Tourism Planning and Restoration Company carried out the restoration which was funded by the Yenikoy Panayia Greek Church and School Foundation, the owner of the building.

Prior to the restoration, structural cracks threatened the integrity of the school, while the flooring and stairway was partly collapsed. There was significant water damage to the interior of the building, affecting the walls, ceiling and causing the woodwork to decay. Intentional destruction, neglect, improper additions to the structure and incorrect repairs posed additional problems.

Authentic materials and techniques were employed in the restoration of the entire building. Alterations had been made at different periods of the building’s history, most notably in 1954 when the space was modified to fit the needs of the school. As a result, attention was paid to researching the history of the building and respecting these additions when possible, prioritising the structural integrity of the building in each case. Each detail of the building, from the roof to the drainpipes, the window frames and the garden were carefully treated. 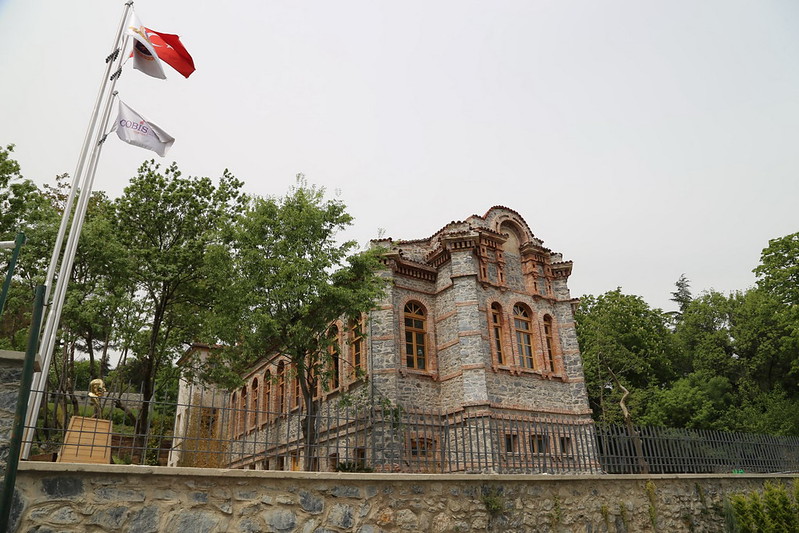 The building was reopened in 2017 and now houses a school for pupils at kindergarten and primary school age. This project is a positive example of what can be achieved with the many similar buildings in the area, most of which are no longer functioning as schools.

“The original use of this building has been re-established. In addition, the intervention is the result of local efforts and local funding being used to preserve the multicultural, multinational and multi-religious aspects of the locality”, the jury stated.